Current freelance project with the Indy Game Developers over at Namazu Studios.
I have been tasked with modeling and texturing 9 low polygon monsters for their iPhone Shooter side project. My goal is to produce a new model/texture every 1-2 weeks in my spare time between work (ideally every week I would like to churn out a new monster)
The models are to be used for an iPhone Platform, in the Unity3D Engine.
All art is being created from provided concept art and shaped based on weekly feedback between Morty and Myself via e-mail
All Character Concept Art By Mortimer Scheinhorn.
Orange Zombie
180 tri sphere 512x512 diffuse 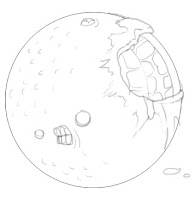 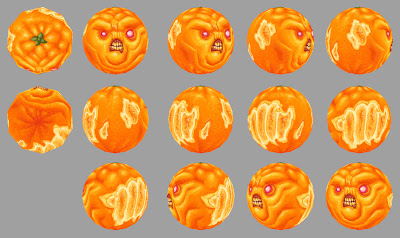 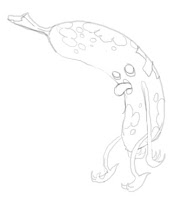 Tomato Zombie
Tomato Zombie was the initial Test Zombie to see if I could nail the style. There were two versions of this model to test the waters in getting the exact style Namazu wished for their characters.
198 Tris 512 x 512 diffuse 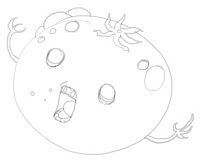 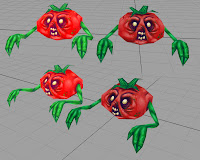 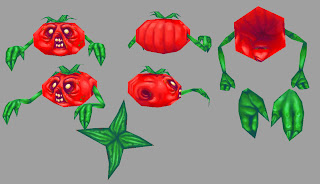 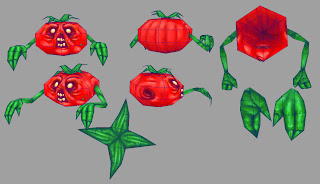 Unused Zbrush Tomato Zombie
This was mostly a quick 'Pitch Sketch' to test the waters in regards to the style they were going for. In a weekend I did this little guy in Zbrush and asked if this was the style they were looking for. The poly count was much too high for the iPhone/Unity 3D Platform. This also was very far from the style they wanted for the game. The game I believe is meant to be a bit more light hearted and this leaned a bit too much in the realistic/scary zombie territory.
While this concept was not used, It was definitely fun to create and do some experimenting.
This model was 1656 Tris, I did not go through with a 'cleanup' the style was declined. The textures below are baked diffuse only. 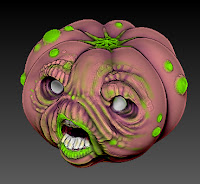 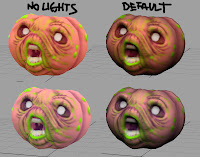 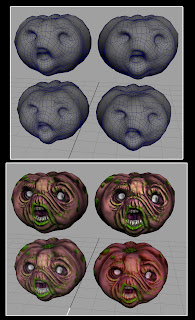 Created for: http://www.namazustudios.com/
Posted by Jake Williams at 7:44 PM